The science world is opening up new knowledge regarding how the human brain interacts with cannabinoids. It is very likely that the pharmacy of the future will look a lot more like a green garden than a laboratory stacked with bottles of pills. It’s important to understand how our brains are affected by the various cannabinoids in medical marijuana if you’re looking for options that can assist with improving mental health and physical health. It all starts in a place called the endocannabinoid system. The simplest explanation of the endocannabinoid system is that it is a group of cannabinoid receptors and lipids located in the human brain and nervous system.

Cannabis plants contain cannabinoids that have the power to strongly alter the functions of the human brain. Cannabinoids are natural chemical compounds that affect cannabinoid receptors in cells. They act to essentially alter neurotransmitter releases in the brain. The areas of the brain that they affect are associated with memory, time perception, thought processes, pleasure and coordination. What are the different types of cannabinoids that the scientific community has discovered? There are actually a handful of dominant cannabinoids that have proven to offer impressive benefits after just a short period of study and research. 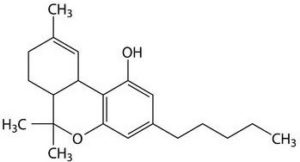 Tetrahydrocannabinol (THC) is probably the one cannabinoid that most people are already familiar with. This particular compound acts much like the cannabinoid chemicals that are naturally made by the human body. It is found in the resin secreted by the glands of the cannabis plant. THC stimulates brain cells to release dopamine and create a euphoric feeling. It is also credited with affecting how the hippocampus processes information and forms new memories. THC’s effects usually last for about two hours. It typically takes between 10 minutes and 30 minutes after ingestion for THC to fully kick in.

Cannabidiol (CBD) has been gaining a lot of attention in recent years because of findings that link it to a number of medical benefits. The first distinguishing quality of CBD is that it does not cause a high the way THC does. In fact, it is actually a non-psychoactive compound because it doesn’t act on the same pathways as THC. This means that it will not affect abilities or thought processes after ingestion. Some reports suggest that CBD can actually counteract the negative effects of THC and offer protection against a marijuana high. Medical researchers are currently investigating trials for CBD for use with schizophrenia, epilepsy and certain types of breast cancer.

Cannabigerol (CBG) is known to affect the central nervous system. The fact that it inhibits the uptake of GABA in the brain means that it helps to decrease anxiety and muscle tension. CBG is an interesting cannabinoid because its antibacterial properties can actually alter the overall effects of cannabis. CBG slows bacterial growth, reduces inflammation and inhibits cell growth. This means that CBG has interesting potential for use in treating tumors and cancer cells. It also has a strong potential for promoting bone growth. 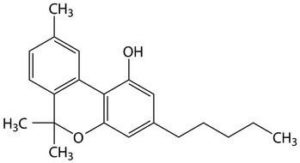 Cannabinol (CBN) is a compound that’s getting a lot of attention because it seems to offer medical benefits with no psychoactive effects. CBN has been shown to have anti-convulsive results when administered to people suffering from seizures and other neurological issues. It also shows a lot of promise for helping sufferers of insomnia because of its sedative properties. What is interesting about CBN is that it also offers healing when applied topically to treat burns, psoriasis and other skin-related issues. There is also thought that CBN can assist with building bones and combating osteoporosis.

Cannabichromene (CBC) is in the running to become the most brain-friendly compound derived from the cannabis plant. Exposure to CBC can encourage neurogenesis in patients of all ages. This has amazing prospects for patients with dementia and Alzheimer’s. In addition, CBC may be able to increase brain function for all people by stimulating the cells responsible for memory and learning. CBC is a non-psychoactive compound that may play a role in fighting depression and mood disorders. It is valuable because it is able to deliver medical relief without a high. It also boasts anti-inflammatory properties that can be important for people suffering with certain autoimmune disorders, allergies and chronic diseases.

Cannabicyclol (CBL) definitely has a much lower profile than its compound counterparts. Research into the benefits of this compound has really only just begun. What we do know about CBL is that it is formed through a degradative process when it is exposed to light. It is only found in extremely small doses within cannabis plants. What is certain is that it is a non-psychoactive compound. This means it has a lot of potential for being used as a natural treatment once more is uncovered about its dynamics and interactions within the human body.

Cannabivarin (CBV) is another compound that is actually only found in small amounts inside the cannabis plant. It is not currently used alone in any form. However, it is found in full-spectrum hemp oil that is used for a variety of health and wellness treatments. There is a lack of research surrounding CBV. It is not yet known if this compound will prove to offer unique health benefits or pain relief for users once it is given more attention. 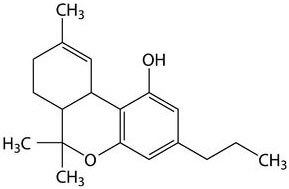 Tetrahydrocannabivarin (THCV) is a psychoactive compound that produces a euphoric feeling. The euphoria produced by THCV lasts for about half as long as the one produced by THC. The feeling created THCV is often described as a clear-headed, energetic buzz. It is a popular choice for vaping enthusiasts because of its ease of use and beneficial properties. Many people prefer THCV as an alternative to THC because it actually dulls the appetite instead of increasing it. It is also credited with reducing the effects of anxiety and panic attacks. It also shows promise for offering medical relief for people suffering from a variety of physical ailments. THCV’s unique ability to regulate blood sugar in the body may help to treat insulin resistance and diabetes. It has even been shown to assist with the tremors, motor issues, and brain lesions that are often suffered by those with Alzheimer’s disease.

The scientific community has only just begun to scratch the surface regarding the ways cannabinoids may be able to improve the lives of millions of people around the world. The amazing thing about cannabinoids is that they are proving effective for both long-term health treatments and short-term solutions for mental health issues. There is no doubt that the resistance toward mainstream use of cannabinoids is fading quickly. More and more people are embracing what is actually a natural, low-risk solution for a variety of physical ailments. One of the biggest breakthroughs that contributed to the rise of cannabinoids was the development of user-friendly vaping pens and devices. These devices are helping to make it easier than ever for people to tap into the healing properties of cannabinoids in a low-cost, low-effort way. 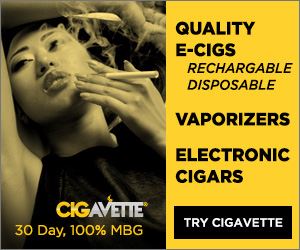